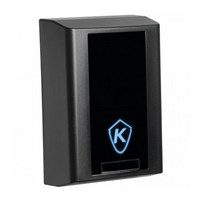 KT-1 is a cost effective, yet feature rich one door IP controller, supporting two readers – IN/OUT. With it's elegant design and innovative single button enrollment, KT-1 offers installers the ultimate experience in access control installation. Simply provide an IP connection, push a touch-sensitive button and you’re done. With its single button enrollment, Ethernet port and Power over Ethernet capabilities, the KT-1 controller is up and running in minutes.

Combine the new KT-1 controller with EntraPass security management software (v6.02 and higher), as well as EntraPass Web and the EntraPass Go mobile app to create a highly scalable solution that installs quickly, can be managed remotely and provides a superior user experience. KT-1 is ideal for small applications, but is equally suited to IP centric buildings and large systems with remote sites.

Van Nuys, Calif., May 18, 2015 – U.S. Secretary of Commerce Penny Pritzker presented Louroe Electronics, the world leader in audio monitoring within the security industry, the President’s “E” Award for Exports in a ceremony at the Department of Commerce on May, 18, 2015. The award recognizes Louroe Electronics’ outstanding achievement in export growth and for its significant contributions to the overall increase of U.S. exports.

Established in 1961 by Executive Order 10978, the “E” Award Program honors America’s exporters. This year, the award was given to organizations who have had four years of successive export growth and whose export expansion has been measurable, innovative, sustainable and demonstrated a broad impact. The “E” Award remains the highest recognition any U.S. entity may receive for making a significant contribution to the expansion of U.S. exports.

“We are honored to be recognized for our export achievements with the President’s “E” Award for Exports,” said Richard Brent, CEO of Louroe Electronics. “Louroe is deeply committed to increasing security while simultaneously strengthening economies across the globe. We know none of this would be possible without the Department of Commerce. We express our deepest gratitude to the Department of Commerce and all of the invaluable trade opportunities it has provided, which have directly led to Louroe’s expansion of business and partnerships in Latin America.”

Louroe Electronics has continually championed and been involved in the Department of Commerce’s trade initiatives. In 2012, Louroe Electronics participated in its first trade mission, and as a result of the trip, Louroe Electronics’ sales increased by 1200 percent in the Mexican market. Louroe Electronics, along with 17 other companies, joined Secretary Pritzker on her first trade mission to Mexico in January 2014. The company later attended the 2014 Trade Winds: The Americas initiative, which was a business development conference and trade mission taking place in Central and South America. In September 2014, the audio manufacturer joined in the Safety and Security Trade Mission to Panama and Colombia. Louroe Electronics was eager to expand its exports to these countries as they are two of the largest prospective markets for the U.S. thanks to the free trade agreements that make over 80 percent of U.S. exports duty-free. Three months later, Brent participated in the U.S.-Mexico CEO Dialogue, which is a coalition of Mexican and American business leaders who meet to discuss how to enhance economic growth between the two countries. By the end of 2014, Louroe Electronics was exporting its audio monitoring security solutions to more than 50 countries.

Email ThisBlogThis!Share to TwitterShare to FacebookShare to Pinterest
Labels: Louroe 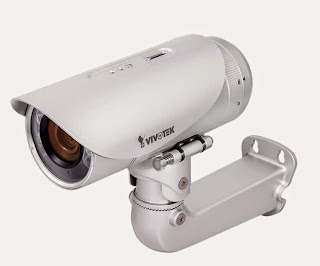 VIVOTEK's new outdoor bullet network camera, IB8381 is equipped with many features making it ideal for city surveillance, campuses, train stations, parking lots and other large open space outdoor applications.  It offers up to 25 fps at 5MP or 30 fps at 1080p resolution, contains 3D noise reduction and Smart Stream technology.  The removable IR-cut filter is suitable for day and night functionality, and built-in IR illuminators with the Smart IR technology provide exceptiona image quality up to 30 m and prevent overexposure at night.  IB8381 also contains VIVOTEK's smart focus system for remote and precise focus adjustment as well as bilt in SD/SDHC/SDXC card slot for onboard backup storage, IB8381's IP67-rated housing allows the camera to withstand rain, dust and harsh weather conditions, making it suitable for outdoor environments.  IB8381-E is a version of IB8381 which allows superb performance and reliability in extreme cold and warm temperatures with PoE.

Five Ways to Boost Your Company's Credibility Among Customers

Business development has grown beyond referrals and word of mouth marketing this day and age.  There are many little details that come together to present your company and help attract new customers.  Credibility is an area you can’t afford to ignore in this age of big-box corporations.
Here are five ways your company can boost confidence, trustworthiness and expertise in the eyes of consumers.


1. Professional-looking materials. Business cards are a great way to portray your company’s image with a good first impression.  It will show the consumer if your business is taken seriously.  Several websites offer custom made business cards that will make your company look professional without breaking the bank.  The same goes for marketing pieces.  A well designed flyer or post card will deliver your message more effectively than a flyer created on a word processor.
2. Professional E-Mail Addresses. Try to avoid using emails such as gmail.com, yahoo.com or aol.com for your business.  Those email providers are fine for personal use but often provoke thoughts of worry for consumers.  Your website host usually provides email addresses that match your web address or online domain.  (i.e. www.abc.com would be accompanied with the email address john@abc.com)
3. Build a Professional Website. A Website is one of the first places customers go when they want information about a business.  Simply research and select a web hosting service that allows you to add content to a website using a template.  Make sure your website is easy to navigate, uncluttered, useful and always up to date.  Provide the users with the information they are seeking by neatly listing your products, services, prices, business hours and contact information.
4. Social Media. If you haven’t done so already, it’s time to get in on the Social Media action.  Facebook and Twitter are among the top brands of heavily used social media platforms.  Social Media allows you to connect with your customers on a personal level while providing updates whenever possible.  Social media helps keep your presence fresh and your audience engaged.  Be creative; offer your followers giveaways, discounts, tips and customer service through your social media pages.
5. The Small Details. Implementing a standard greeting that everyone uses when answering the phone is a small detail that will keep your company looking professional and organized.  For your company emails, use a signature block and include your Name, title, phone number, website and social media links.
You’ve worked hard to build an honest and capable security business. These simple tips will help you take control of your credibility, polish your brand and grow your business